While it’s just as real in the aviation industry, what happens here is slightly different from other industries. The flying experience is the product that airlines sell. And while you’re flying in the same plane as everybody else, most airlines do a fairly decent job of separating all their ‘classes’. The luxury and non-luxury variants are separated by perks like a lounge, priority lines, better food and space to sleep.

Before we dive any deeper into luxurious flying, let us first look at how airlines make money on a flight.

If we take a standard full-size jet operated by a full-service airline, the passenger compartment is typically divided into first, business and economy class respectively. Many airlines today also have a premium economy cabin slotted in between business and economy. Now, while most would think that economy tickets are what drives revenue for an airline, it’s actually business class. Most full-service airlines around the world today are thriving thanks to their business class products. The result is a business model that’s intriguing, terrifying and at times, outright illogical.

It’s why we see more and more of the cabins being occupied by business class (which inevitably means even lesser space for the cattle class in the back). And the last few years have further seen a tremendous increase in demand for these bigger, more spacious seats despite the lull caused by the pandemic. Of course, why would someone who can afford to fly business not want to suffer from claustrophobia?

Now, let’s look at the evolution.

We saw how those with the means simply switched to flying privately during the early months (and even now) of the pandemic. During the pandemic’s first wave, it was a startling reminiscence of the luxury flying once was. The ‘public’ stayed on the ground, while those who could (and wanted) kept flying.

Read more: Why private jets are set to soar this pandemic

Modern aviation has come a long way since the first commercial flight took off on January 1, 1914. But that’s not where we need to look to get to the root of the flying experience. For that, we’ll go back to the 1960s.

The 1950, 60s and 70s are also known as the Golden Age of Travelling. Flying was a more leisurely and luxurious experience and most fliers dressed up for a flight, considering that only the upper echelons of society could afford to fly in the first place (and today, we fly in underloungewear). The seats were bigger too (with lots more legroom) and the service was quite a bit more than basic. Then again, everybody also smoked onboard and the planes were quite loud.

Oh, how I wish I was alive to fly in the Golden Age.

The noise should give you an idea of what’s about to come. Those who are old enough and still among us to recall the experience remember flying to be a visceral experience, far better than any roller coaster. The engines spooled up for more than a minute while the noise got louder and louder, until the brakes released with a bang and you flew back into your seat as the plane sped down the runway. Eventually, your plane launched into the air like a rocket. Imagine taking off like that.

By the 1970s, democratisation (always a great idea in the beginning) happened and flight ticket prices went down considerably. Rich people were no more the only ones who could afford to fly, all thanks to Boeing’s 737 Jumbo Jet. Airlines suddenly had more space and cheaper fuel, helping reduce prices to a level where the ‘public’ could now fly. It’s estimated that by 1975, there was almost a 50% decrease in prices from just 5 years prior.

– The Advent of Business Class

The first business class product took flight in 1979, where it slotted in right between economy and first. The product was an answer to the woes of The Golden Age fliers, who were tired of noisy, cramped airport halls and flight cabins. They looked back to the Golden Age with fond nostalgia and wished for the older, better flying experience. Since they had the money to back these desires, airlines delivered. Pay enough and you got a quiet, peaceful lounge to wait in with complementary food and beverages. On the plane, you got tastier food, more space and better service.

Growing up, I envied those who flew business class. Despite my love for flying, economy wasn’t a fair affair and I dreamt of being amidst the clouds in deep comfort. Digging into my childhood memories, I remember reflecting on how airports were one of the places you could see wealth disparity with unforgiving prominence. You just couldn’t ignore it and in turn, ignore how those people lead better lives than you. I remember wondering what made them so special while we had to be cramped up in the back. Now of course, I completely understand.

Despite my not so fond nostalgia of flying during childhood, I still look forward to a flight. The budgets airlines aren’t really that bad nowadays, especially for flights shorter than 3 hours. I can look out the window, have snacks or a meal (if I’m lucky) and push my knees against the seat in front of me until I grow numb to the pain. It’s fun!

But I’ll be honest. In the part of the world where I come from, it’s still a privilege to simply fly. The experience is still a dream for millions and I can definitely see why. So I’m not going to make myself sound like an entitled brat, notwithstanding that this blog explores luxurious experiences.

With that disclaimer out of the way, let’s look at the present state of flying and what the future looks like, especially with regards to the in-cabin experience.

Right away, I can tell you that economy class has today evolved to be the equivalent of a public bus (in the sky) that’ll get you from A to B. It’s a very good, no-nonsense choice of transport if you want to get halfway across the world quickly while paying a reasonable fare. In 2020 pre-covid, an average 115,000 commercial flights flew around the world everyday. It’s 2022 and we’re nearing that figure during the second quarter itself. Safe to say, flying is back.

And so is the business class experience. What started as bigger seats, more legroom and better service has now transitioned into lie-flat beds, unlimited alcohol onboard and airport lounges conducive to easy socialisation, increasingly blurring the lines between what used to be first and business. And thanks to credit card rewards, they don’t cost a bomb either (game the system guys).

Several airlines around the world have leveraged the pandemic to fast-track their product development. You can now see the biggest airlines outfitting their best aircrafts with better business and first class products; with a few variations being downright crazy, like the Singapore Airlines first class cabin that comes with a double bed and lounger. It’s got 2 lavatories for 6 passengers. Extravagance in the sky on mass market planes have become all too real over the past two decades. The trend is only looking upward with pricier products and more elusive flying experiences brought to us by the very airlines who cram us in metal tubes across our oceans.

But even prior to the pandemic, a lot of airlines around the world scrapped their first class cabins in favour of more business class seats. First class was always more of a vanity project for airlines, like how flagship sedans are for luxury automakers. The best variant is almost never the highest selling and nor should it be. But for the airline industry, which can get very very cutthroat, almost everything is a revenue decision. So while first class disappearing is disappointing, it’s exciting for the future of business class.

Demand is rising, and so are the number of plush seats on planes, which is bad news for the poorer among us. As economy gets tighter and business gets flatter, the existing dynamic of the aviation industry will evolve faster. However, the experience is guaranteed to get more comfortable and exciting for those who can pay up. If you’re one of those, you’ll love where this is heading. If you’re eternally cursed to sit at the back though, all the best.

Of course, stuff like electric planes and other technological advancements could propel things in a completely different direction. But until that happens, this is how things seem to be going.

P.S – It turns out that innovation does intend to disrupt. A day before publishing this post, Air New Zealand announced their latest cabins products. Alongside catch-up updates like revamped business class seats with a door, Air New Zealand also announced a few impressive economy class seats. Namely, Economy Skynest, Economy Skycouch, Economy Stretch and new Premium Economy and Economy seats. From your own couch to pods you can nap in during ultra long-haul flights, Air New Zealand is definitely looking to disrupt how plebs fly aboard their Dreamliners. 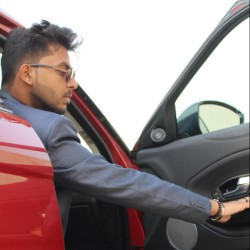